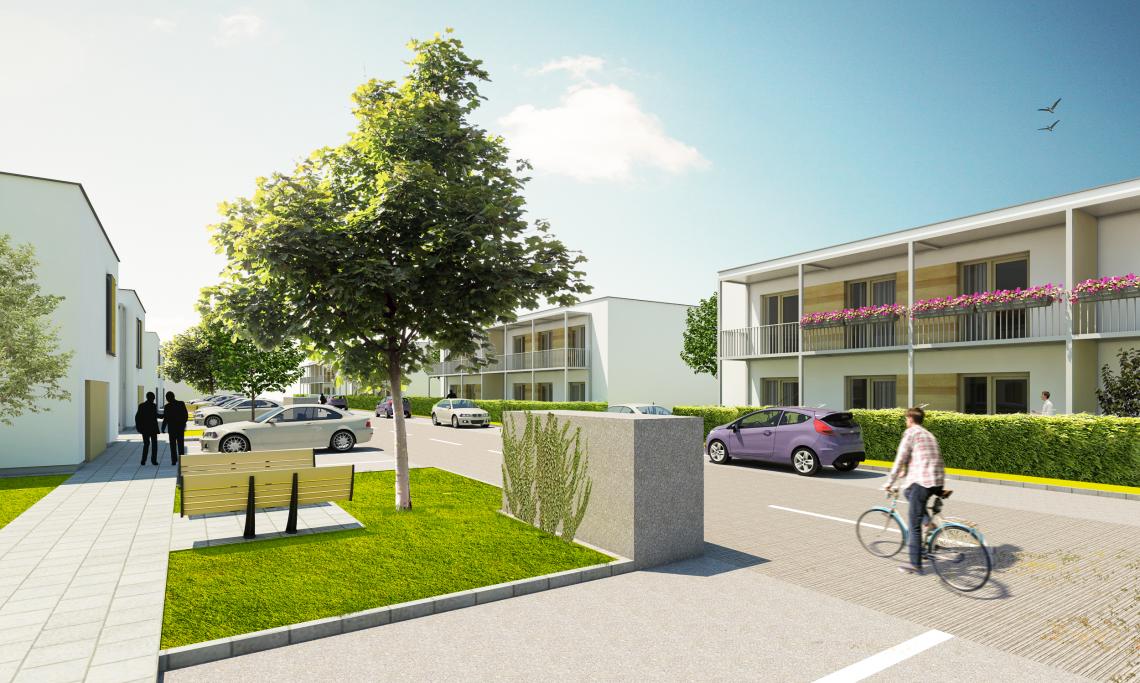 A set of apartment houses with low area apartments was designed compactly and easily, so they can be realized for a reasonable cost. Affordable homes meet high criterias for aesthetics and low-power consumption.

A set of apartment houses with low area apartments was designed compactly and easily, so they can be realized for a reasonable cost. Affordable homes meet high criterias for aesthetics and low-power consumption.

Visualization of apartment houses near to train station 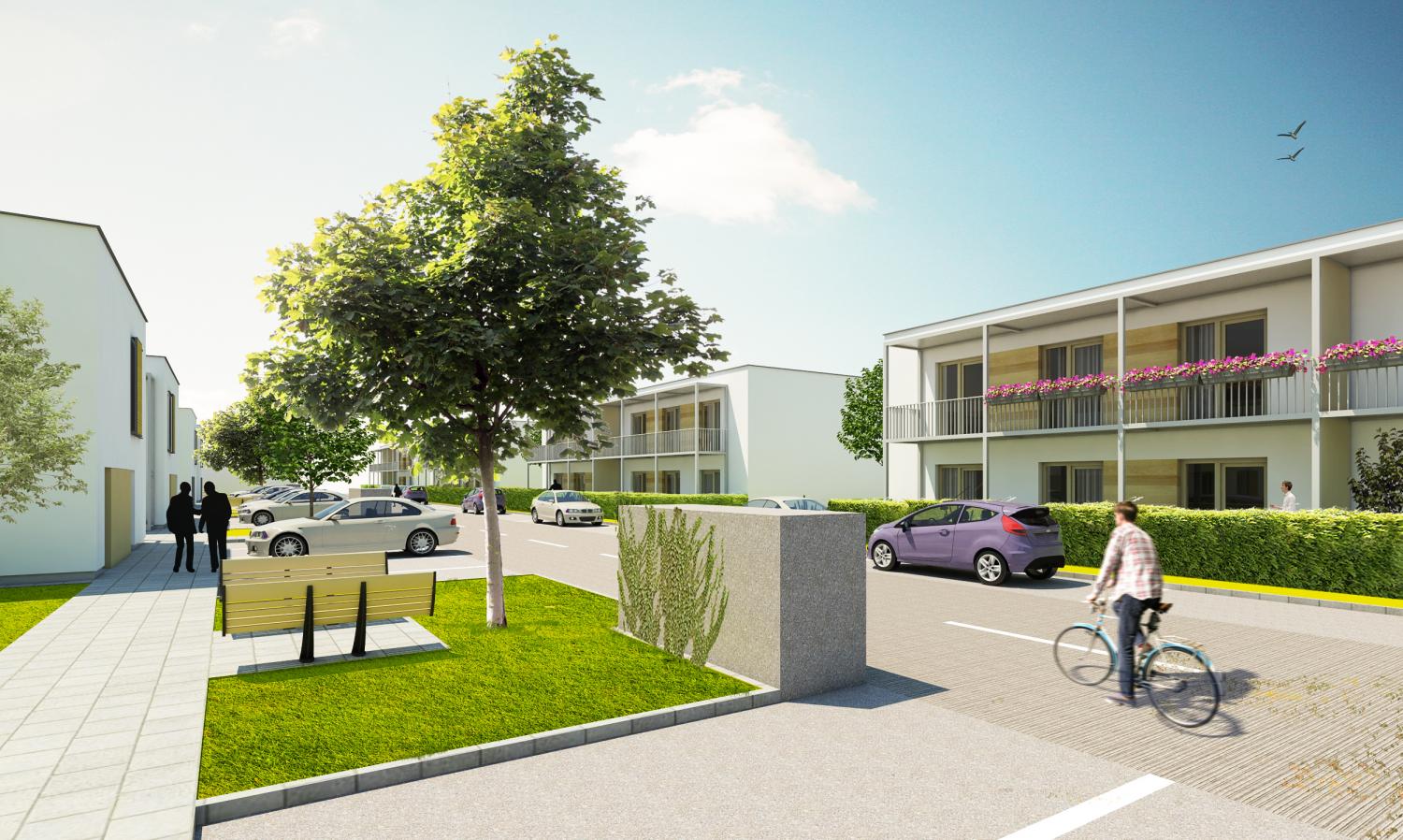 Visualization of apartment houses with gardens

Each of apartment houses B4 to B6 (the left side of the road) contains four residential units. On the first floor there are two apartments, two-bedroom and three-bedroom, with large gardens and covered terraces. There is a private storage space accesible for residents from the first floor from the side of the road. Upstairs there are two three-bedroom apartments with loggias. Parking lots are included to the apartments. 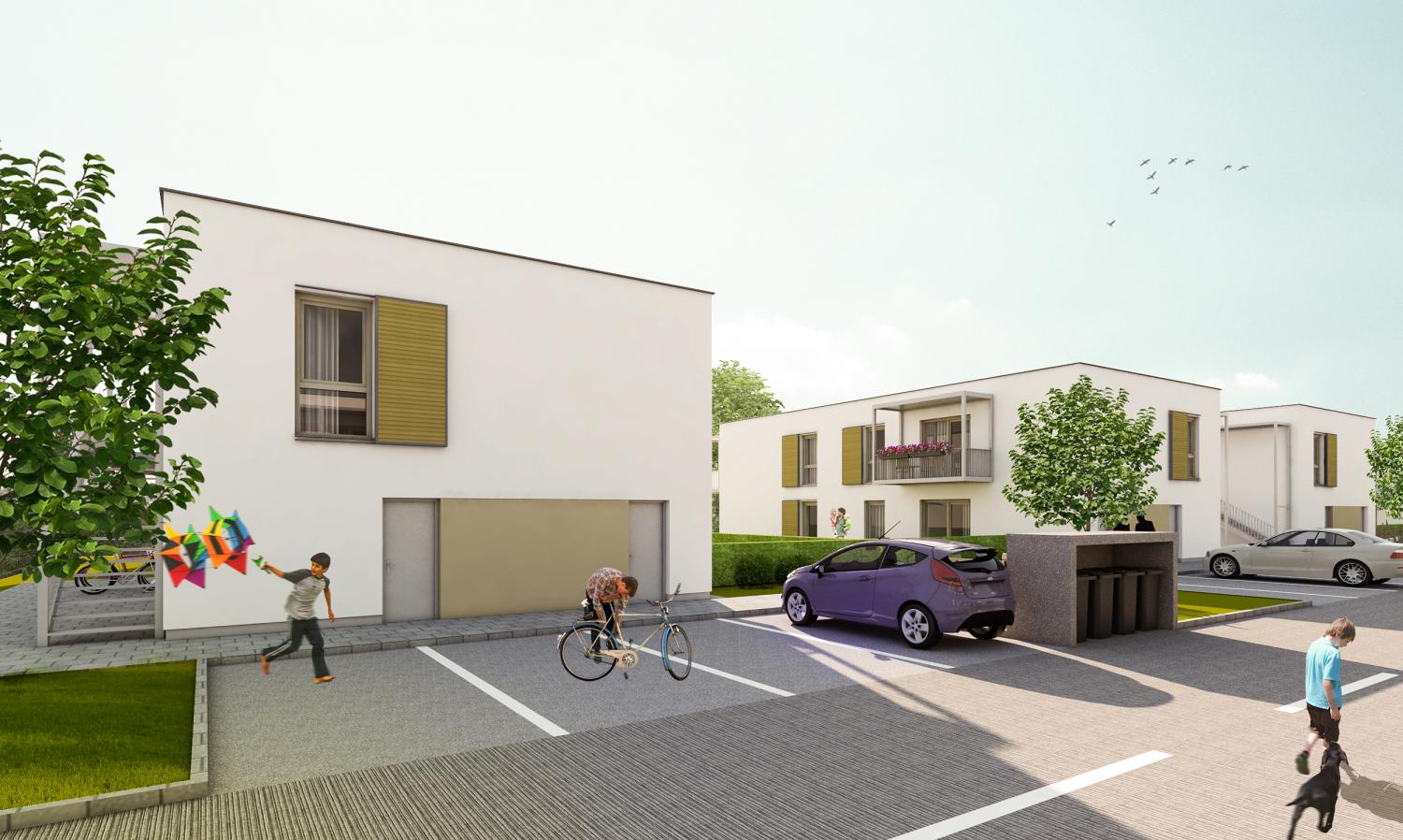 Visualization of private garden inside of the set of apartments

We used inner block of the set of apartments between houses B4 to B6 for private gardens. Private gardens are opened on one side of the street so that people there do not feel isolated and lonely. If they want privacy, there are private gardens with terraces hidden from people walking around by the houses.

There is a playground between houses B1 and B2 for the residents. The playground consists of three functional parts - the first part is designed with benches for parents, the second part contains sandbox, the third part are slides for children. We placed the playground so that the houses prevent spread of noise to the rest of the settlement. 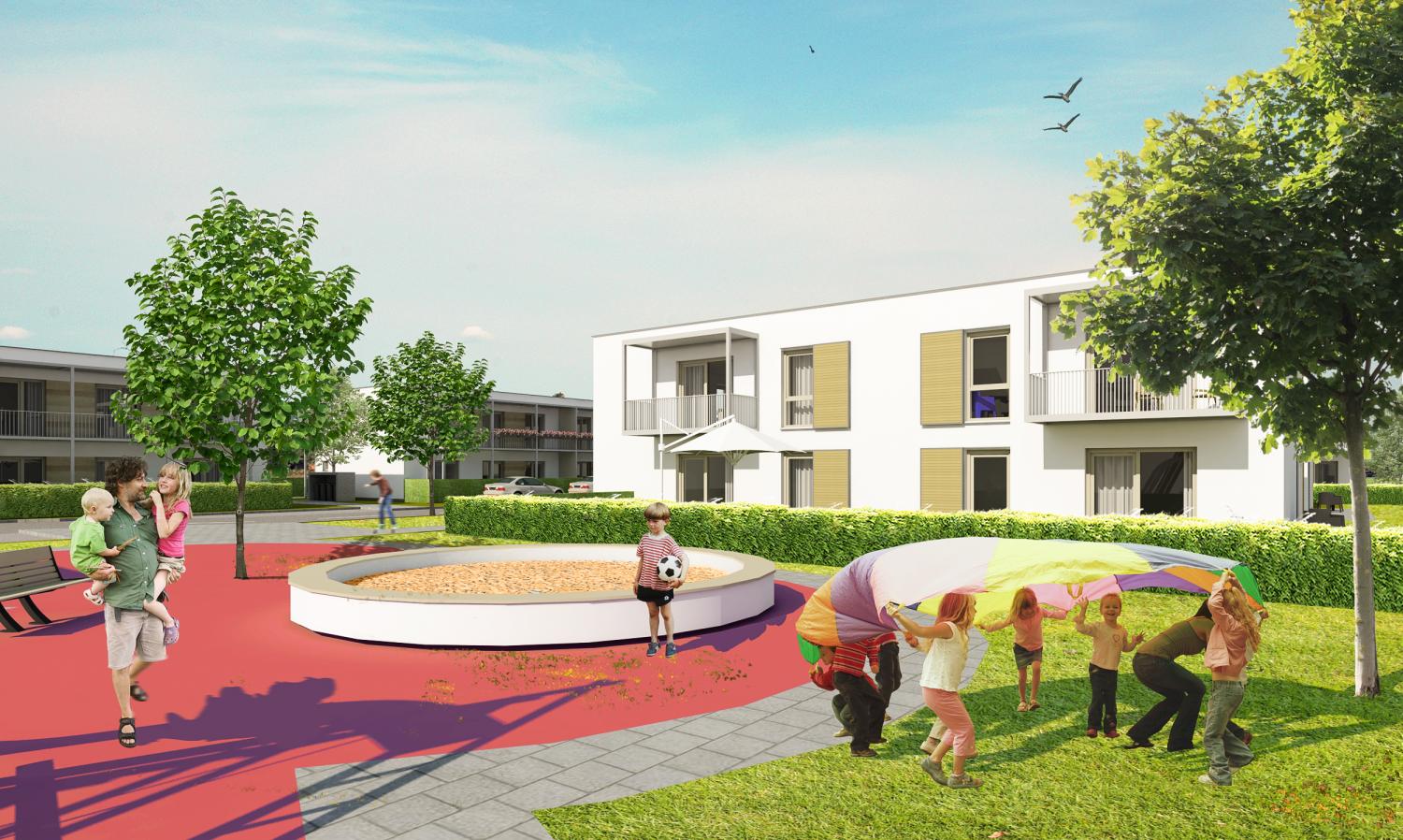 We proposed urban design of the settlement regarding privacy of individual apartments and airiness and openness of the built - up area. Spaces between the buildings - inner block is closed from the two longer sides. They are opened on the shorter sides providing the residents with a partial contact with the rush on the streets, what we consider to be a positive solution.

Visualization of northern bird´s-eye view perspective from the railroads 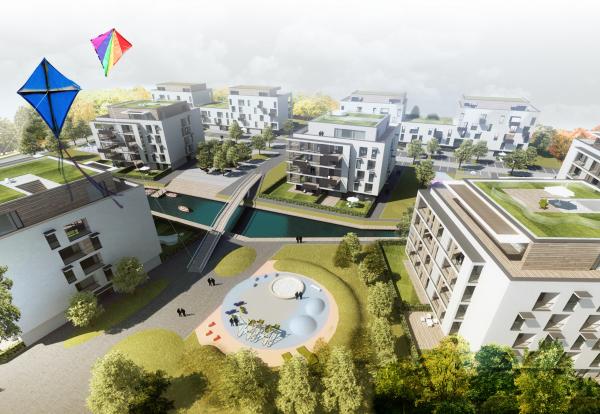 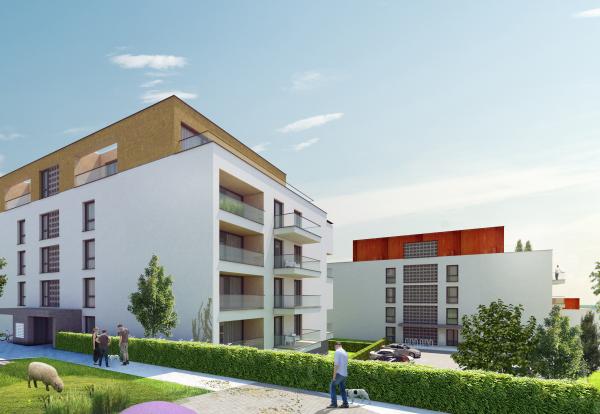 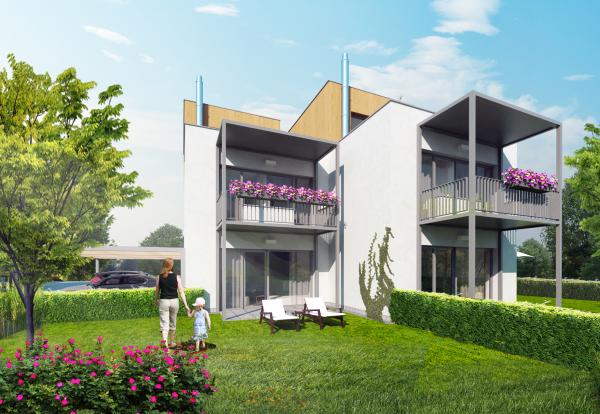